So last year's bandanas looked like this. I just wanted to screen-print my own bandana that looked cooler than all those typical paisley ones, right?

I made about 40 in total but ran out with people asking me about more so I decided to try and create a different design and print a few more this summer. I wasn't sure where to start so I just went with some ideas and sketches I'd made throughout the year in order to be ready for a two week window I had to print them. I experimented with different colors and design combos to come up with a final design that could stand on it's own (like a poster) but also show creative shapes when folded up to wear. Basically I want to make the coolest bandanas out there (although I don't think I'm totally there yet).

As you can see, the "ovalesque" design came from the original oval design (with little TSP logos making up the small pattern) and the thick, geometric lines spell out "USA."

SO HERE'S THE RESULT!

SOME EXAMPLES OF SHAPES CREATED WHEN FOLDED UP

AND SOME CLOSE UPS 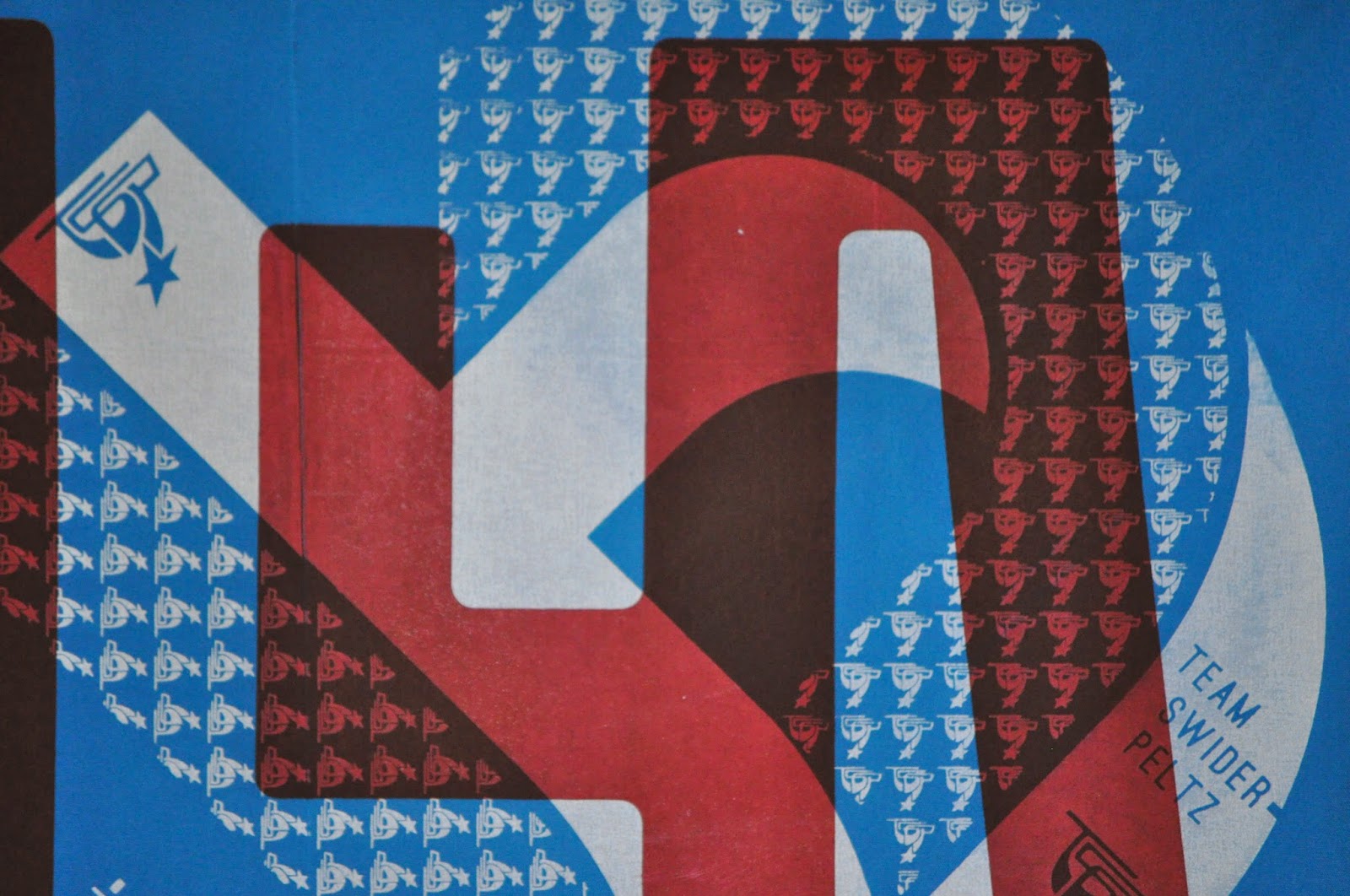 SO HERE'S THE DEAL.

There are about 100 bandanas left and I'll be selling them for $15. I would really prefer that I see you in person to get one to you because it'll be difficult if I have to ship a bunch. So if you let me know which one you'd like, I can write a list and set the bandana aside until I see you next or I can ship it if it I'm not going to be seeing you in the near future. The designs to chose from are shown above and I have anywhere from 1 to 10 of each—but the cool designs are going fast so first come first serve!