Hello friends! Tomorrow, I'll be racing my second World Cup Mass Start, and Brian Hansen will be racing his 1000m and the Team Pursuit with Joey Mantia and Emery Leman. Two weeks ago, World Cup #2 in Stavanger, Norway, didn't have a Mass Start race in it's program so after Heerenveen I came back to Milwaukee and put in a good couple weeks of training.

Here's what the schedule for this weekend of World Cup #3 looks like:

Live video stream:: http://www.speedskating.ca/events/isu-world-cup-speed-skating-3-calgary-can.
(Those in the US need to change your IP address to one in Canada)

Sunday’s mass start final is determined by finishing top 8 in the Mass Start Semi-Final on Saturday.

(Below) As you all know, she's the strongest woman of a coach you'd ever meet–she'd put all the football coaches I've ever had to shame. This year, even though she's a 4-time Olympian and multiple–time Olympian coach, USSpeedskating isn't giving her an accreditation on the ice to coach Brian and I during these World Cup competitions, so she will have to stand outside of the pads. Somehow I think these issues that have happened over the years would't have happened if she weren't a woman.

Though the problem isn’t so much not being able to coach on the ice but the idea of respecting a coach who has contributed so much to speedskating. 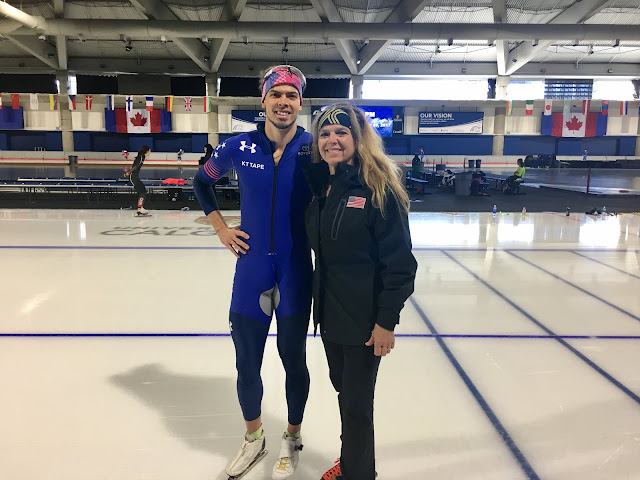 Brian, me and some of the US team resting on during this Wednesday's practice. 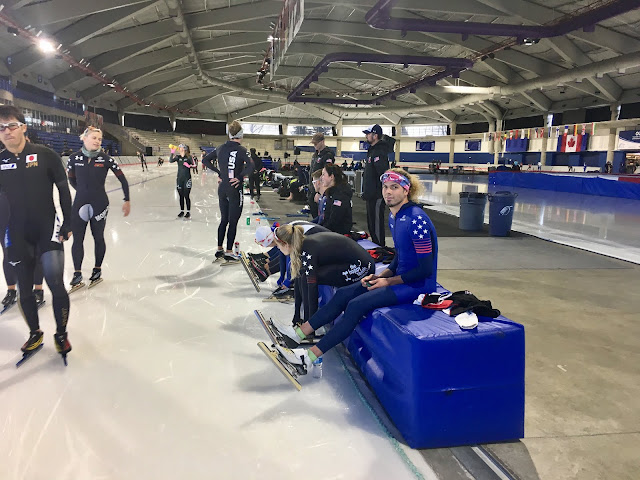 What happened in Heerenveen?

I placed 11th out of 24 in the Semi-Final which was good but not enough to get me into the final. Yet it did keep me in the overall top 24 ranking which keeps a spot for the US in the Olympics. All this qualification stuff is so complicated! The key is that I stay top 24 overall for throughout these Fall World Cup events.

Here's a screenshot of the overall Mass Start rankings since Heerenveen: 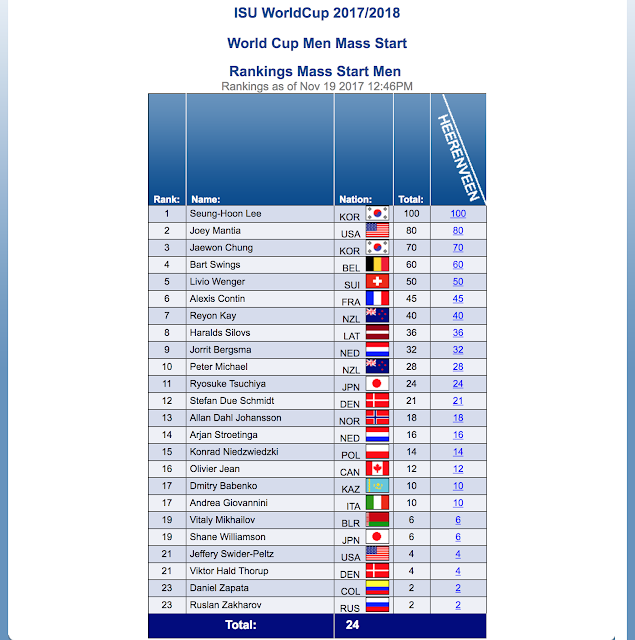 Racing the Mass Start Semi-Final in Heerenveen. Glancing over at Seung-Hoon Lee with Arjan Stroetinga right behind him. 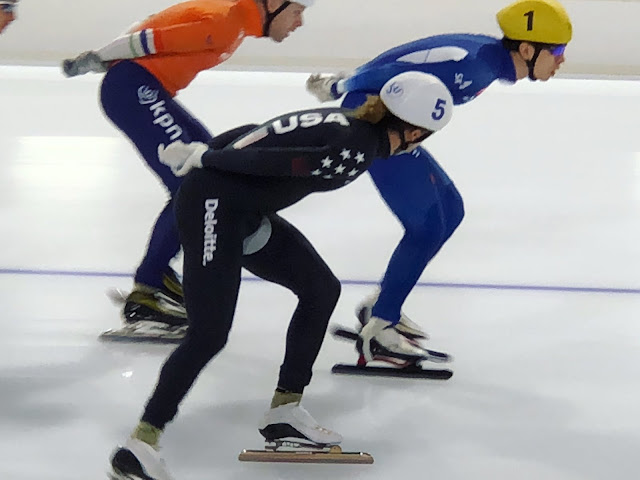 Brian and I met up with Pim Cazemier in Heerenveen, our training partner from 2013. 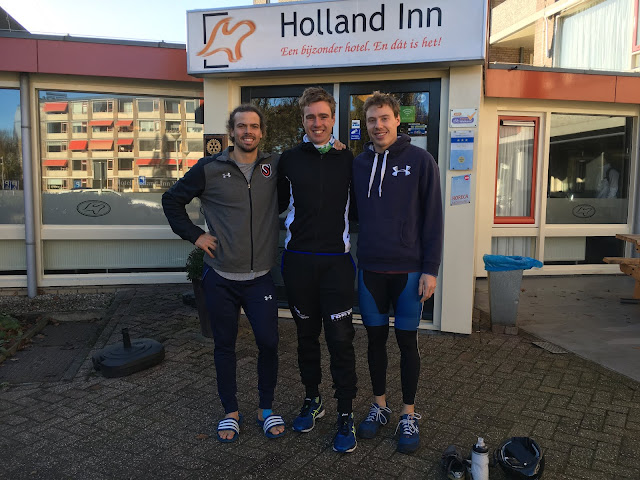