Thanks again everyone for all the positive comments about the blog and articles you've been reading back home. It's hard to believe how much you all read and are invested in following the Olympic coverage and the first-hand accounts of what I see happening and some behind the scenes accounts.

I get back every night between 10 and 12 pm and after about 2-3 hours of texts and emails, I sit down to write this. It's 3:45am and I'm just writing these few words here with an odd array of photos and videos.

I put in a bit about the 35-year-old Dutch woman (Carien Kleibeuker) who won the bronze today in the ladies 5k...after the following throwback pictures from my 1988 Olympic Games in Calgary, Canada: [I'm going to have Nancy Jr. insert that photo of myself at the 1988 Olympics skating with her on the ice which reminds me of what Carien did today with her daughter by carrying her around after winning bronze] ⬇️

And then maybe she could also insert the photo of her being ⬆️ held by Prince Albert of Monaco. He was a bobsledder at that 1988 Olympics and he is here right now at this Olympics (just a little name dropping here :)

[This is Nancy Jr writing: If a mom with a job at age 35 can win BRONZE after a career that consisted of making the 2006 Olympics, then focusing on marathon skating, then making a comeback to make the 2014 Olympic team...there is a great possibility 2018 Olympics are in my future...just saying :) ] 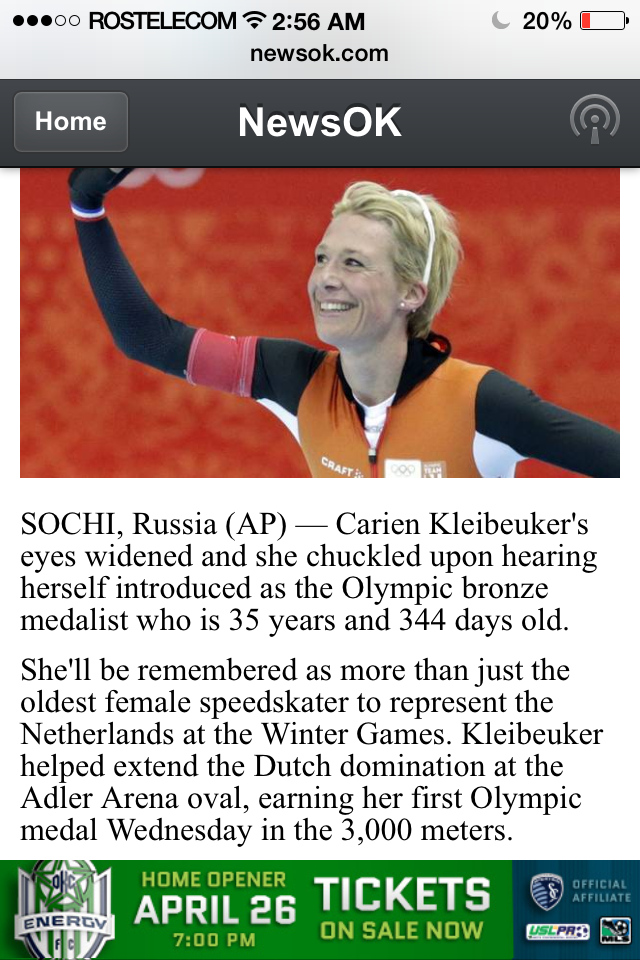 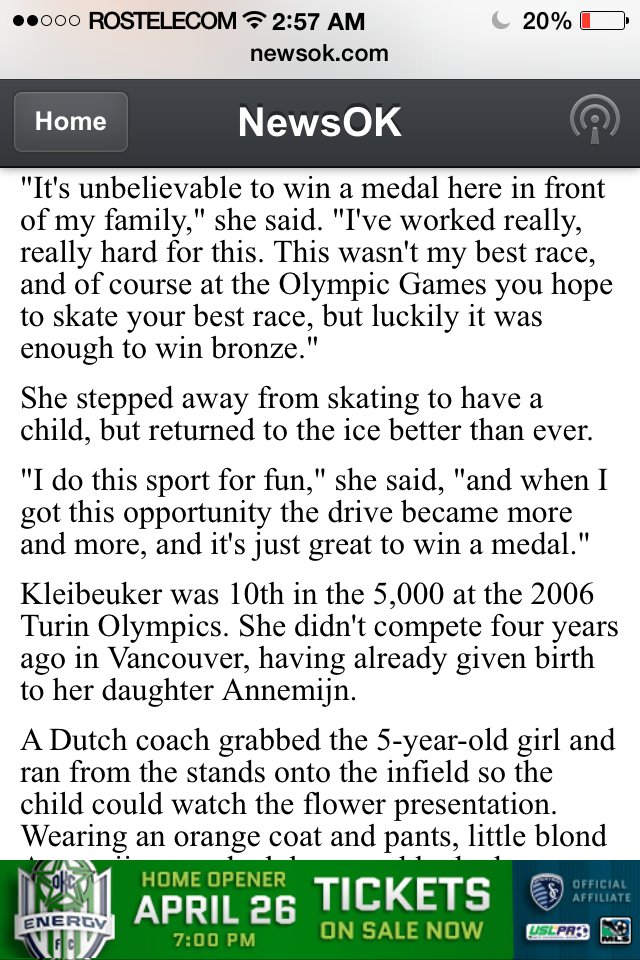 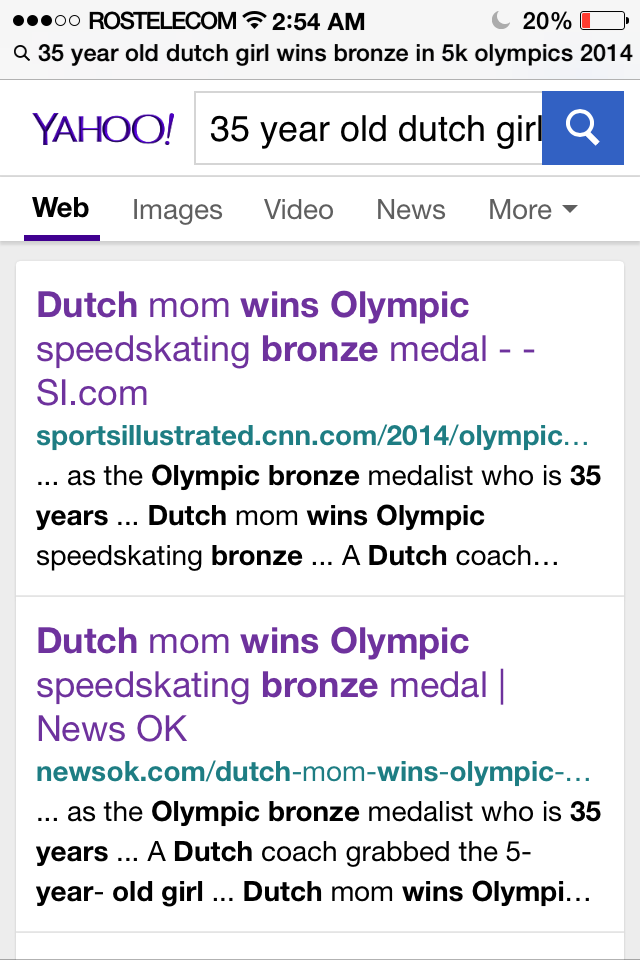 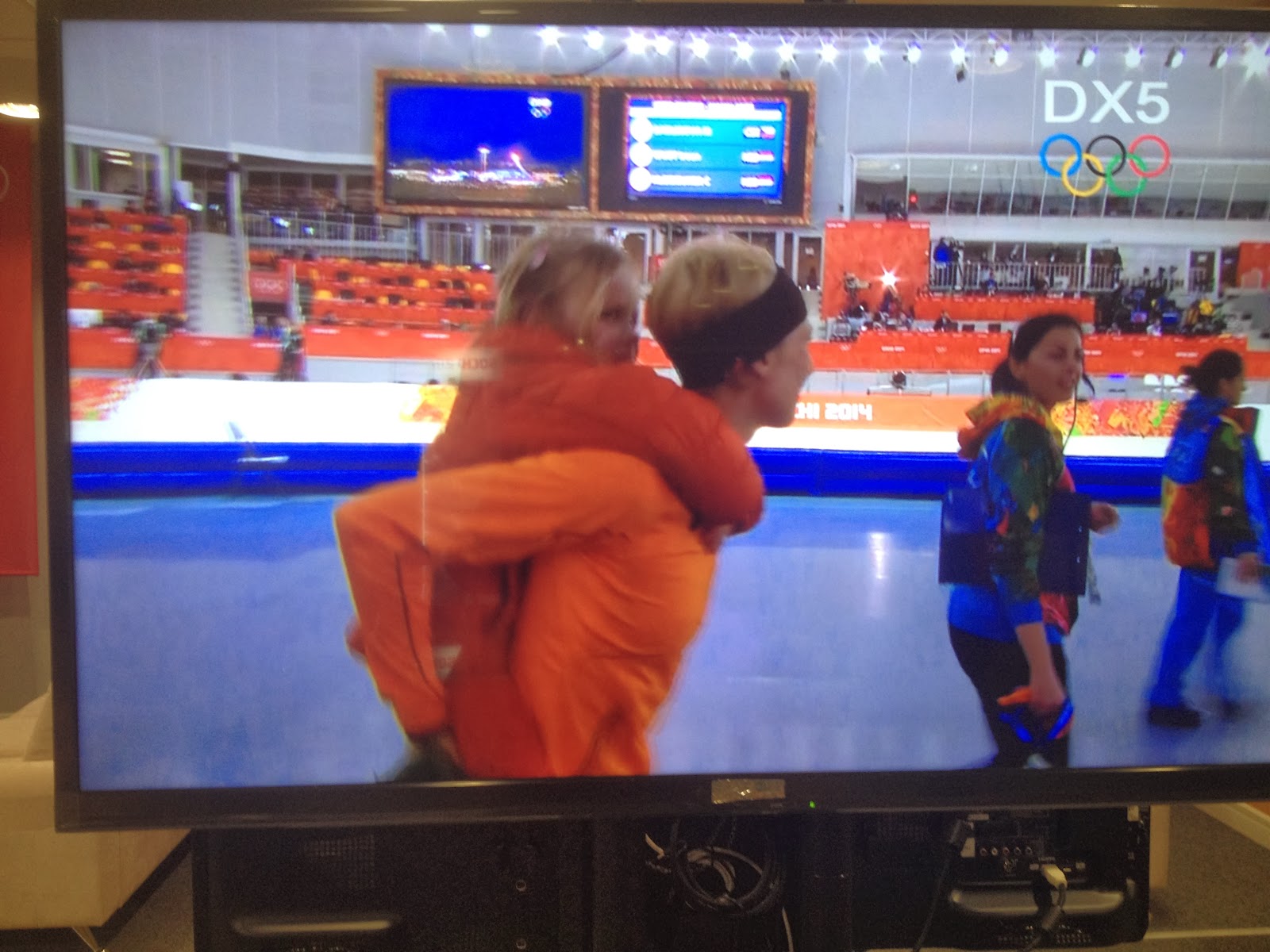 We had an off day today, although Brian did a bike, some bike sprints, stretching and I "mashed" him (see this link for a video that I had posted earlier about this odd mashing, if you don't know what I am talking about :) https://www.youtube.com/watch?v=KZxYQYoil50

We will do a last Team Pursuit practice tomorrow before the Team Pursuit races begin on Friday with the 1st of hopefully 3 races! It should be some great racing. Some teams will be incredible, and some teams will probably show some tiredness from the 2+ weeks of racing.

If anyone really likes something I've done so far, put in a request and I'll try to do some more of that...I have 3 days left here, but will continue filling Nancy Jr.'s blog here for some days after that! Send those messages to Nancy on her FB fanpage here: https://www.facebook.com/NSwiderPeltzJr

Continue to pray for wisdom as we finish these last days and for safety. So far security has been executed amazingly well. Who knows if or how many threats or actions were ever thwarted because of a job well done. But pray for that too, and also I will be flying home through Kiev which I'm not excited about :(

A short video clip from the USA house here in Sochi, Russia. With a mural of the winning 1980 US Olympic hockey Team. Most of you know about that 'miracle' game, the huge Russian (Cold War) upset, which is also considered the most memorable sports moment of the 20th Century.

I had brought my 1976 Olympic skin suit and my 1980 Olympic jacket and had planned to wear it warming up with Brian one day. It just never happened, but today after practice in my coaching clothes, I skated a few laps and without knowing it, Sarah Burd (in the USA house photo) had taken a video clip from the stands and sent it to me. Here you have it!


More of the Dutch Kleintje Pils Band. I got two more songs today from them that make the stands go nuts during the ladies 5k today, this is one of them.