I can't believe what just happened! I was just finishing a 2-hr. blog here and the power went out and I lost the entire thing and I'm NOT happy :( It's 4am and I don't really want to start over, but I will start out and see if I can summarize...

I'm sending an odd array of pics and clips today :) Only one time in all these posts did I ever set out that day thinking of trying to get good visuals. Usually it just happens or I end up realizing I should find something you haven't seen.....

We had a great Team Pursuit practice this morning! They went over strategy and we discussed the signaling I'll be doing in the coaches area on the ice. We're going to try something new! Shani Davis, Brian Hansen, and Jonathan Kuck looked quite the team today and I feel they each have a forte they bring to the table. Shani brings speed and experience. Brian brings speed and consistency. Kuck is a runaway train. They can do this! Tomorrow is the first day of the Team Pursuit. 8 laps for the men. Brian, Shani Davis and Jonathan Kuck will be racing approx. 7:30am CST, 1st pair against the Canadians. I've sent a copy of the race schedule and the pairings (below!). You will see some amazing skating and great teamwork from that USA Team tomorrow!!!!!! Watch on NBC LiveExtra if you can here.


I sharpened Brian's skates and then ate dinner with him, Kuck, and (Emery) and took a few pictures from the dining hall (endless McDonald's and I'm amazed how many athletes eat it!).

Robert Lehmann and I went over to the recreation building and watched a bit of the women's USAvsCanada hockey game (pics).


As I rode back to my place, I realized I had finally adjusted just in time to leave! I had figured out a routine where I didn't have to depend on anyone to get around. After getting the bike (which will go to an orphanage) a week into it, I was able to stop the walking and my broken toe finally started healing and I could do a lot more. Although I still haven't seen much in the interior of the venues around the flame. I never made it to the P&G house, where Jeff Sr, Jeffrey, and Johnny hung out most of the time at the 2010 Olympics.


I'm going to have Nancy Jr. insert the video she produced of her Vancouver Olympics Experience in 2010. I've always loved it :)  It's inspiring. You may have already seen it. ⬇️

As I rode along the circle road that encompasses the entire park I thought again, as I did the first days, how incredible this entire Olympic venue site is. There weren't many people around. Most were on the inside of the park. This Olympics will probably go down in history for the uniqueness of the containment. To my right was the Black Sea and along the waters edge I could hear the clipity-clop of the mounted police. I rode to the exit gate, locked my bike to the fence, and walked the rest of the way back...

I know you are wondering about the controversies in our skating world which have and will continue. It's very interesting as the speculation and some conclusions are starting to develope. I've made my stance somewhat clear. But some of the coaches have speculated on their coaching situation, either saying they take full responsibility with the training or the US speedskaters aren't sitting low enough to get power into the ice or the strokes are not effective on slower ice which needs more power (Salt Lake City you can get away with more gliding).

So as the coach of Brian Hansen, before speculation clouds what I feel I know as his coach, I'd like to say that it's not in our original training programs. But we had to take a hit in the preparations leading up to the Olympics, because we had to go to the Collalbo, Italy camp. It's not in Brian's technique, he is a beast when it comes to technique and that was confirmed by those who saw him. It's not in stroke frequency. Brian trains lowland and is versatile in his ability to adjust. Brian was not far off. Brian is usually under the radar and generalizations have been made about skaters as a whole. He was only a few tenth off a medal in the 1500 (only 0.59sec off of first), his 1000 a bit more (0.82sec). But what set him apart from his expectations is what I felt, as his coach, was lost in Collalbo and the verdict will be out on the suit.

Now, when I first saw the guy below who I took a picture with (left picture), I took a double take and followed him a bit, thinking exactly what you are..."Is that Mr. Miyagi?" (the real Mr. Miyagi is of course the right picture).

Of course I never asked him, but I did ask if I could take a picture with him :) 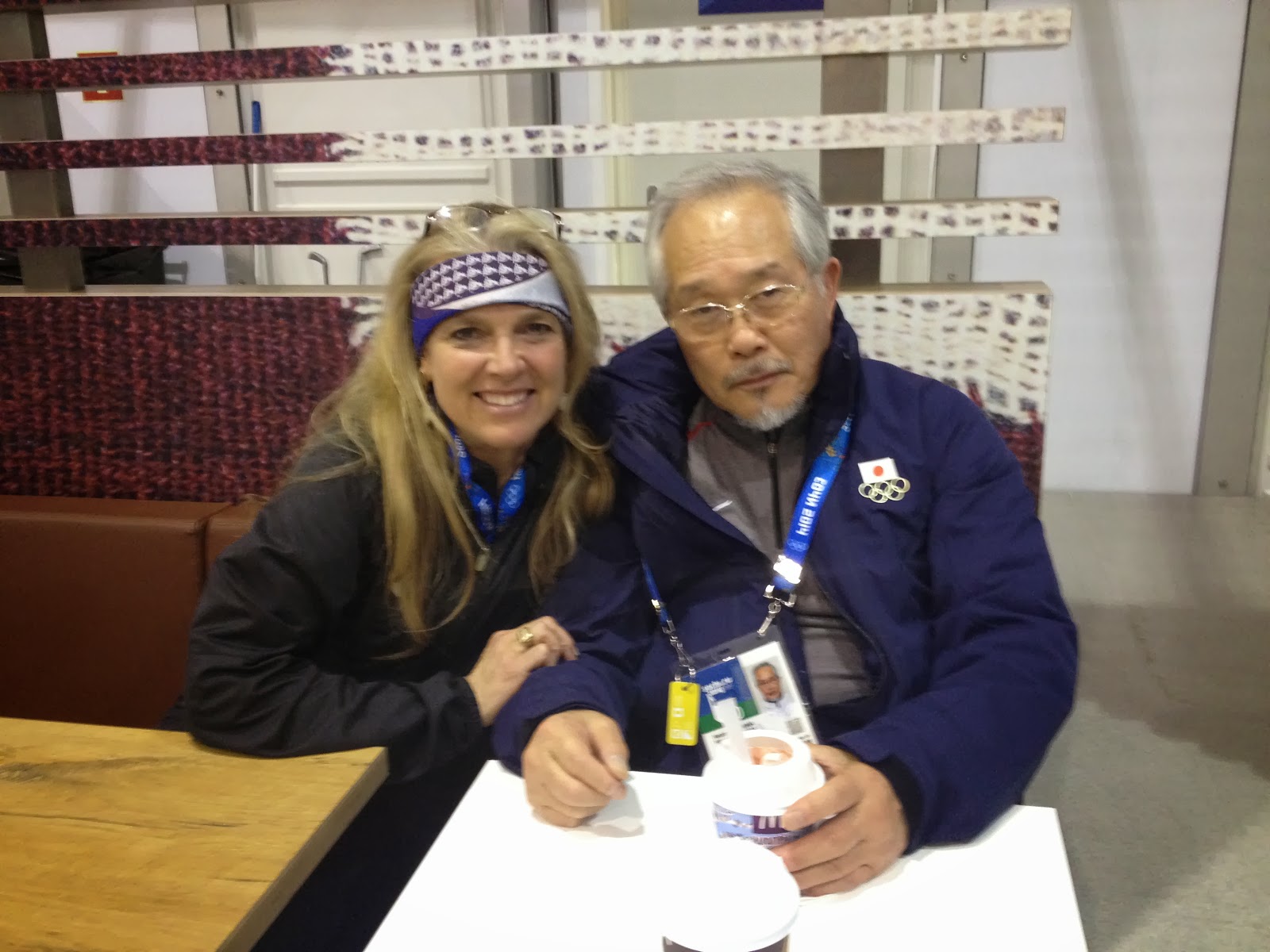 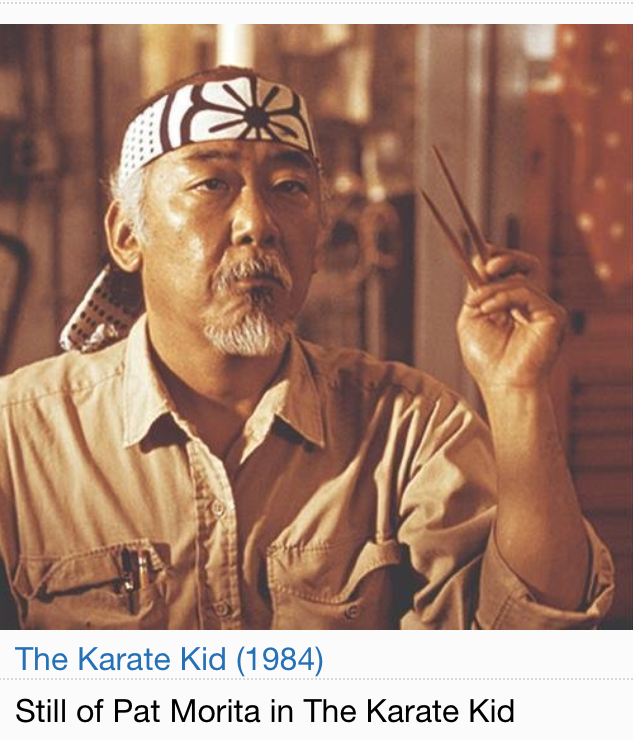 Well, I finished my second edition, although I think the first may have been better :)

I had only walked in the "activity" center once before and didn't know it was a nice place to relax for the athletes. There is live music every night, with private booths and with couches to watch any of the Olympic events. There are snacks and drinks. The other side is the game room. I took this clip for the family cause that was one of papa's (my father's) favorite songs :)

Another clip in the activity center. They really did a nice job trying to make it special and there are always plenty of volunteers standing around so wanting to be able to help you in any way possible.


The relevancy of these next 2 videos is that during my first trip in Russia for speedskating in 1977, there one picture that stands out in my mind that I will never forget...it was the older women literally all over sweeping the streets, and with hand made brooms. At the time, I think I recall talking about the low unemployment rate in Russia (and that was probably why). And now today, there are still people sweeping here constantly, and I feel bad because I think they feel the worthlessness of the job :( My heart goes out to them....